Is that a half-smoke in your pocket and what's in this delicious drink? 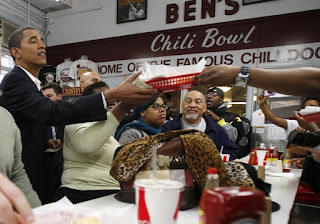 I consider myself something of an extrordinary chili consumer and producer. In my time I've had some of the best chili the USA has to offer from Chili John's (Green Bay and Burbank) to Skyline to Pat's Hubba Hubba to (yes) Ben's Chili Bowl - A DC institution. When Barack H. Obama talks about the contribution of Muslims to America's glorious fabric Ben's Chili Bowl is what he's talking about.  For a time I lived on T Street in NW Washington DC and became well aquatinted with the venerable home of Bill Cosby's Original Chili Half-Smoke. The chili is good (not really my favorite) but the half-smokes are fantastic and the combination is tops. Mr. Cosby has been a lifetime fan and loyal promoter of Ben's signature dish - so much so that it was eventually named in honor of the great entertainer and though I've eaten my share of Cosby Half-Smokes there are those who are even better acquainted with the sausage than I and bear witness:

"Unfortunately, our experience isn’t unique. The entertainment world is rife with famous men who use their power to victimize and then silence young women who look up to them. Even when their victims speak out, the industry and the public turn blind eyes; these men’s celebrity, careers, and public adulation continue to thrive. Even now, Cosby has a new comedy special coming out on Netflix and NBC is set to give him a new sitcom.
Fixing this problem demands more than public shaming. For Cosby to commit these assaults against multiple victims over several years, there had to be a network of willfully blind wallflowers at best, or people willing to aid him in committing these sexual crimes at worst. As I told the Daily Mail, when I was a teenager, his assistants transported me to hotels and events to meet him. When I blacked out at Cosby’s home, there were several staffers with us. My agent, who introduced me to Cosby, had me take a pregnancy test when I returned from my last trip with him. Talent agents, hotel staff, personal assistants and others who knowingly made arrangements for Cosby’s criminal acts or overlooked them should be held equally accountable." 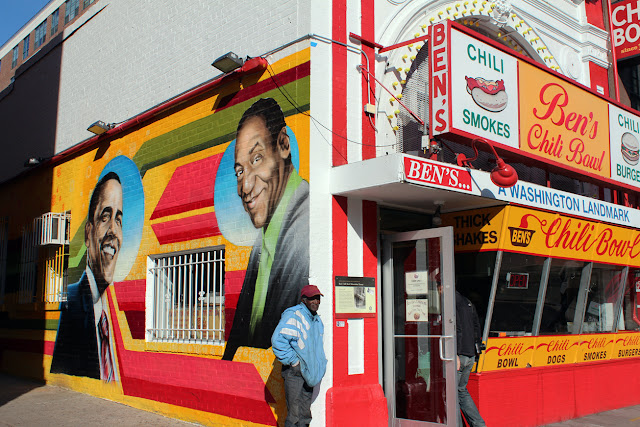 Bill Cosby, among other things, is a brilliant comedian and having seen him perform at what are arguably informal affairs like charity dinners where he's just "phoning it in", so to speak, I can bear witness myself that the guy is a consummate professional with extraordinary timing and delivery. Telling a joke, for the millionth time, is not that easy and he makes it funny every damn time. It's sort of like chasing poontang - lots of guys are able to win a girls confidence, get her out on a date, discombobulate her with some unusual activity (rock climbing, opera, chili cook-off, whatever), lure her back to the apartment but they just can't deliver the punchline. It's difficult to entice a female into casual, no-strings-attached, live and let live fornication - she's always got a price and that's where drugs come into play. 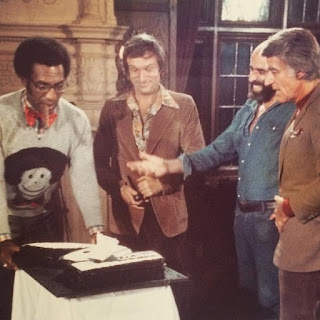 I learned this strategy from an accomplished whore-master and raconteur who played a small but significant part in my informal education during young-adulthood. His lesson centered around the tiny peppercorn and it's magical effect when a handful of the spicy black fruit is funneled into a bottle of vodka and placed in the kitchen freezer for 72 hours. What emerges from the vodka bottle is a clear, seductive liquid with not even a hint of alcohol burn (though the alcohol is still there - believe me!) that women find so delicious they'll often consume 2 or 3 highballs in a short span of time. In his experience, charming though he was, once a potential conquest was in his lair the woman would get skittish and spook easily - this peppercorn elixir would invariably take the edge off and, in short, make the frisky filly more yielding and receptive to his advance. For confirmation he offered the following sketch of an amorous encounter with a young woman he met at the race track - very fetching and quite pleased with herself he invited the lass back to his house for potation beside the crackling fire. Little did she know that he would poor her a glass of the fabled peppercorn solution, then another, then another and... the next morning she awoke leafless beside him in the bed chamber shocked and confused. "How did I get here?", "what was in that drink?", "I've got to go" she scurried around to find her cloths and was out the door in under five minutes. Ah yes, the peppercorn.

Now Dr. Huxtable is being erased from public consciousness for using the same strategy as my mentor and the latest effort proposed by Devin Boyle is to remove the mural of Bill Cosby at Ben Ali's famous chili shop. This inspired the provocative "Smear Leader" to deface Cosby's image with, of all the images on earth to choose from, the face of Kim Jong-un - yes, that Kim Jong-un. Note: I do NOT advocate Bill Cosby's (or my old friends) methods and the prospect of having sex with a drugged and incoherent woman seems anything but satisfying to me, though there are those who enjoy it. But Bill Cosby and Ben's Chili Bowl are inextricably linked in the cosmic order and you can't have one without the other. So basically, no matter what Cosby did his smiling face is going to shine on the citizens of our nations capital until Ben's Chili Bowl is turned to rubble. Live with it people! 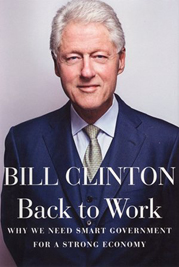 The bashing of Bill Cosby (a thespian and, therefore, prima facie part of the rape culture) is incongruous when I speculate upon the politics of Devin Boyle, "Smear Leader" and countless other scolds who, I would bet, are Ready for Hilary in 2016. I understand the high dudgeon directed at the Cos for his methods and the sympathy for the (almost) astounding list of victims but I don't understand how, being justifiably upset about Bill Cosby, you could turn around and cast a vote that will put another Bill C with an equally spotty record of male/female relations BACK in the White House. Where is the outrage and editorials denouncing Bill Clinton for his awkward (being charitable) approach to chasing skirt - Are Hitlary's supporters just "wallflowers" eyeballing their shoes or willing accomplices in Bill's sex crimes? It's just a question of consistency - if sex crimes are really so bad (and I think they are) then why not hold everyone to account regardless of their station in life? It might well be the case that these sanctimonious Democrats have been imbibing the peppercorn juice and taken leave of their senses. If so, there will be a rude awakening in the morning.