but will he take Diane von Furstenberg with him? 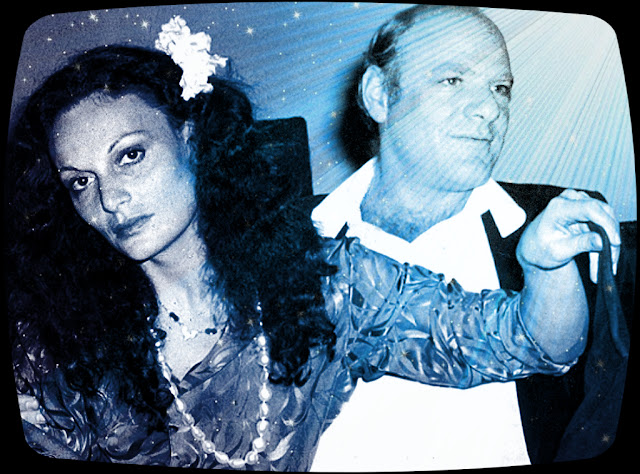 Barry Diller is promising to leave the country if The Donald gets elected president. I feel sorry for the GOP field - every time the shimmer starts to fade for Trump some crazy, out of nowhere situation happens that sprinkles the front runner with Fairy Dust - in this case, Barry Dust.

“All he is is a huckster,” Diller said of Republican presidential candidate Donald Trump. “Somebody who learned long ago in real estate that if you can make a big name for yourself, it can get you an extra dollar.” In addition to questioning the GOP front-runner's motivation for running, Diller attacked Trump for appealing to the nation's worser angels. “He’s a self-promoting huckster who found a vein,” Diller continued. “A vein of meanness and nastiness.”

Just a huckster? A self-promoting huckster? If that's all Donald Trump is Mr. Diller, then what are you? Why the hell does anyone even know who you are? You run TV networks and mega web sites serving up garbage to the American consumer. You think you're "better" than Trump?

It's clear that the world is turned upside down when a billionaire high society walker who's made his fortune polluting the mind and character of the little people in middle America says he's going to leave the country if he doesn't like who those same people vote for.

Actually, many readers might not know that, but Barry Diller sure does - he started out as a TV Programing Director. He knows all about programming. He helped create "reality television" when he was a big deal in Hollywood - Now he's on to his 3rd act.


Those who meet with him say his ability to grasp new and complicated concepts is uncanny. And his 20,000 employees better keep up.
"Have you ever heard your meetings described as making people crawl over barbed wire?" Stahl asks.
"Oh, please. For some people I think it is that, but look, it is absolutely process," he says.
Diller says it's not screaming and yelling but admits the process is intense.

Not mean or nasty, just intense and soon to be living in Monaco.