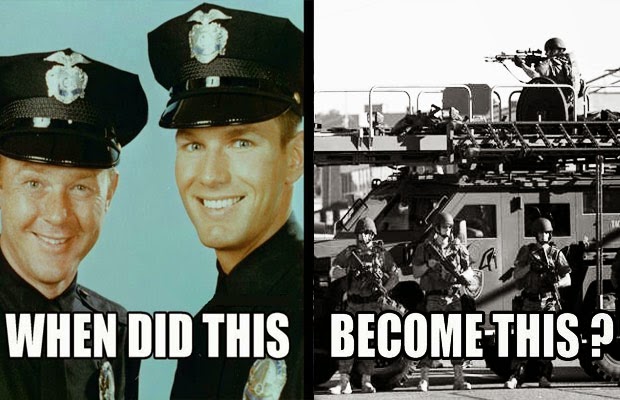 With all the misguided ideas surrounding policing in America it has finally come to this: A Quentin Tarantino Boycott.

Why? Because the guy hates cops, of course, but isn't that obvious to anyone who's ever seen his movies? All the more reason not to boycott them - go see them and you'll understand the full measure of what the police are up against. A few Tarantino flicks pumped through the eyes and ears and you'll find yourself cheering every Popo choke hold and random snuffing out of a miscriants bitter waisted life. The world of QT is a merciless, godless waistland of foul losers and their eternal quest for revenge which provides the only meager solice they will know in this life. The movies are great "entertainment" but only a fool (of which there are many) could find anything appealing in a QT hero - they're usually sociopathic killers reeking havoc on an unjust world filled with unjust scum, whores and sickos who also happen to be friends and associates of the "hero". After you've seen a few of the movies ask yourself - did the death of any one of the characters make you feel sad or upset?

As a matter of fact the demise of QT's people (the creations of his mind and art) makes you feel good - really good - and that's the secret of his success. Folks love to see bad people get killed off and QT knows bad people and how to bring bad to life - then kill it. 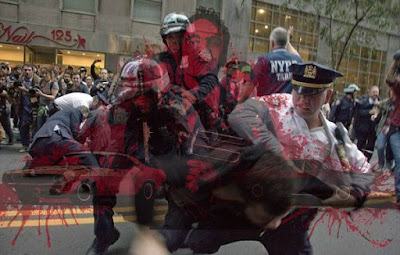 Cops bring order to a chaotic world filled to the brim with the festering dreams of Quentin's imagination - from time to time they smoke one of these bad people and "it's a tragedy" that didn't need to happen. Unless it did, because there are just not enough QT Heroes in real life to whack all the bad guys - oh, they get a lot of them but the number of hellions deserving torture and death far outnumber the Uma's, Brad's and Sam's who can administer blood soaked revenge upon them. So it's left to the cop on the beat to clean up and unlike in the movies cops are more than a prop for taking a bullett and dying - in real life they fight back.

Tarantino's got a new movie coming out on Christmas Day with the wonderful Christmasy title of "The Hatefull Eight" - if I were a betting man I'd wager that it's about eight hatefull people and how they kill each other - box office gold. Go see it then go thank a cop for busting heads and keeping the peace.