Unruly pilgrims at the Ancient House 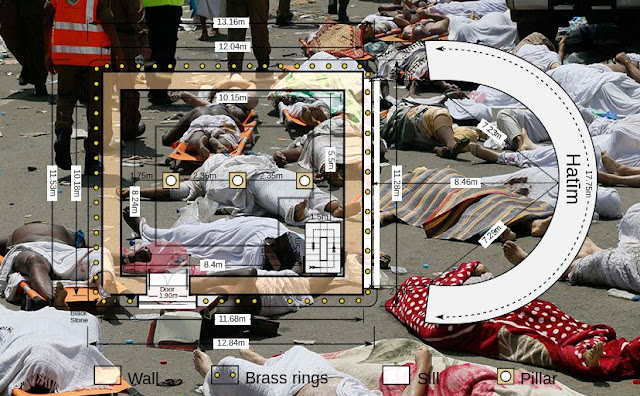 The Ka’aba is the first house. Originally built by Adam after he and his lady friend got kicked out of Eden. Since that time it has been a spiritual center and holy place for the world and for the past millennium and a half it's been the the center of Islamic faith. There's a lot of mystery about this building in the western world because over the past few centuries infidels have not allowed to go near it (unclean and all that) but the World Wide Web brings Mecca a little closer every day. And I learn a lot, like this fun fact:

"It's not supposed to be a cube shape
Yes, ladies and gentleman… the most famous cube in the world actually started out shaped as a rectangle.
I'll give you a moment to pick your jaws off the floor.
Right, where were we?
Oh yeah, the Kaaba was never meant to be a cube. The original dimensions of The House included the semi-circular area known as the Hijr Ismail." 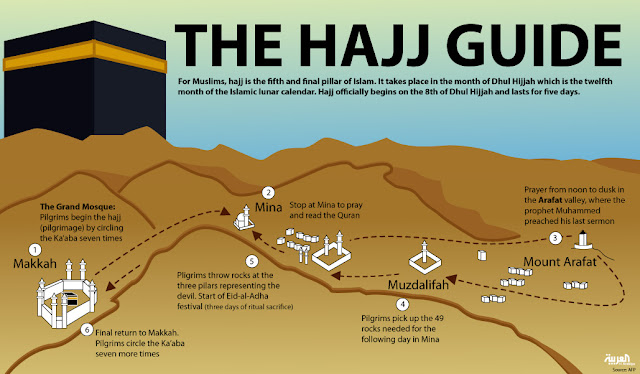 Interesting. Turns out that Muhammad made some "improvements" on the house and died before he could accurately finish the job so a cube it has remained. At the end of every year - the Autumn equinox - pilgrims from all over the world travel to Mecca to pray to the house and wander around. This year, as in years past, things got out of hand and people died - just another day in the desert kingdom - not at the old house but on their way to stone the 3 pillars of the devil (Abraham did it first or something like that). One of these "walls" is actually a obelisk emerging from the ground and that should give every American pause to contemplate the religious and psychological significance of this act.