#ShareaCoke and wrestle with God 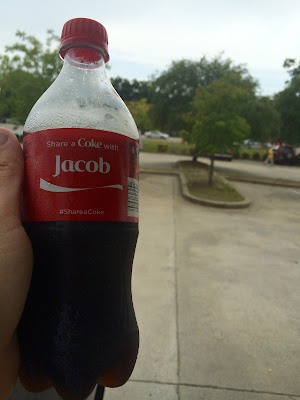 Jacob is one of my favorite biblical characters. His life and the fantastical events he experienced are surpassed by very few in human history and his legacy is magnificent. I'm not going to suppose that the "choice architecture" Jacob found himself in was much more pleasant than what we've created for ourselves, but he did not suffer from rationalism and therefor feel the need to understand what was happening or why he did what he did - he just sort of went with it and things worked out. God's will.

Not so for the practitioners of behavioral economics who worry that "We’ve Built a World That Constantly Tempts Us to Make Deadly Mistakes" and so we've got to do something like... rebuild the world? I've got no idea what to do about our current choice architecture except follow Jacob's lead. I'm not going to throw away my smart phone, or stop driving, or stop eating doughnuts. Dan Ariely claims that todays temptations are too pervasive and attractive which leads everyone, I suppose, to failure and a diminution of "our total well-being" and...

And nothing. Just 40% more bad, deadly choices than there were 100 years ago so deal with it suckers. Well, Look up, America, Share A Coke because It's the real thing and Things go better with Coke and The only thing like Coca-Cola is Coca-Cola itself and Coca-Cola is Coke! Don't get down about your failures and the unfair temptations our current behavioralist are exploiting to ruin your life. Jacob made harder choices than most modern men will ever suffer and he persevered. He lived for 147 years and gave life to a nation - you can do the same if you live life to the fullest and wrestle with God.