But it wasn't NETFLIX alone that killed Blockbuster and all the other video stores - There were innovators like Russell Wolfe who also added their blade to the thousand cuts inflicted on "physical media" by digital distribution business models. Mr. Wolfe went after the Pure cinephile and got them to subscribe to his faith based movie service. 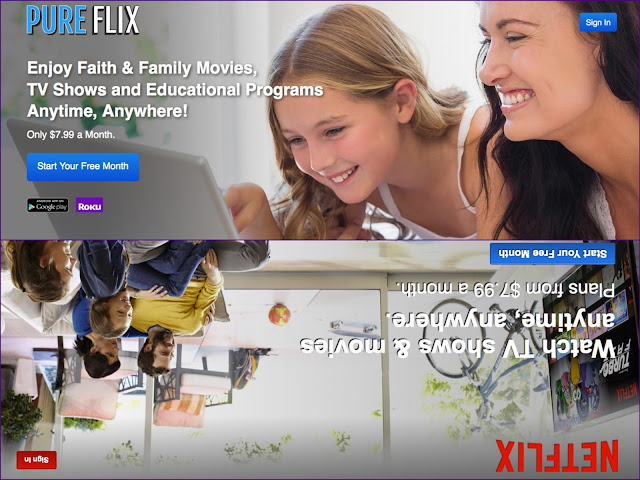 One of Wolfe's last efforts was the a heartfelt take down of academic egg heads in the provocatively titled "God's Not Dead" reviewed at Rotten Tomatoes. Funniest review came from Mike McCahill at the Guardian - "Ban this sick filth." But 80% of the people seem to like it.

Maybe Nietzsche was half right. 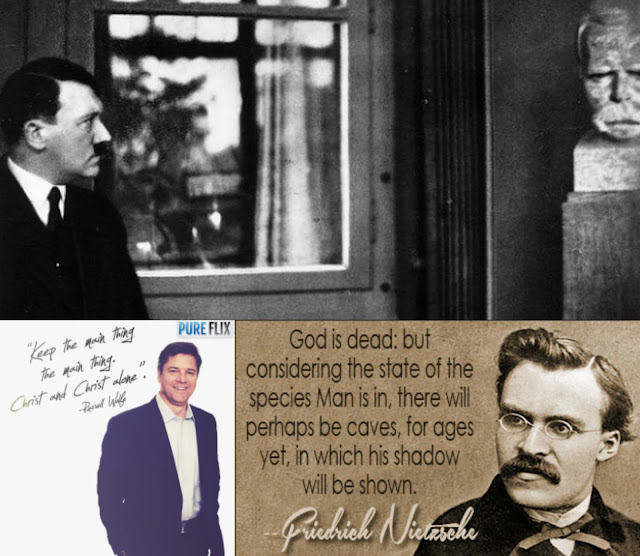 Update 6/15: I guess I shouldn't just leave it hanging like that with no exposition on this theme. To my mind the term "God is dead" is the most misunderstood expression in modern history - especially as it relates to purity and Christ. There is no doubt (in my mind at least) that Nietzsche expressed this "truth" as both a lament and call to liberation or, at least, freedom. That his philosophy has been molested by every dictatorial dipshit from Adolf Hitler to Professor Jeffery Radisson (the antagonist in "God's Not Dead") is not surprising and a significant amount of blame has got to be placed in Nietzsche's pen hand. Don't get me wrong - I don't question the great thinkers mind or his gift for writing, nor do I consider myself his equal or, truth be told, worthy to comment on his overall philosophical system. I really enjoy his writing (it's hilarious) and value so much of his critical assessment of the plight of man - especially as it relates to the emerging industrial revolution and the psychological turmoil that resulted as "the machine" matured and god shuffled of to his deathbed.

But there is something about Nietzsche in particular and the whole GID meme in general that bothers me - makes me contemplate it with no satisfactory resolution. As a pre-modernist, which is a notion often promoted about Nietzsche, he is a most unlikely leader (claims of a pre-post-modernist make more sense) for there are few, if any, philosophers more entranced with the ancients and their view of the human condition. His little masterpiece on pre-Platonic philosophy gives insight into this passion and reverence for what came before 400 BC. To my mind this obsession makes Nietzsche an Antiquarian or pre-Classist philosopher - a man born out of his time yearning for the eternal return.

If that assessment is true then it begs the question - what god is he burying? It also partially explains his contempt for Christianity for while there's a great deal of popular talk about Christ the redeemer - a gentle shepherd who led his flock, there is precious little discussion of Christ the destroyer who laid waist to the old pack of wolves who lived off wayward sheep.

A few years ago I was touring the Met in NYC with my young boy (age 8 or 9) and as we wandered around the artwork we came upon a huge marble table. "Is this the table where God killed himself?", he asked. "Yep", I answered - what else was I to say? 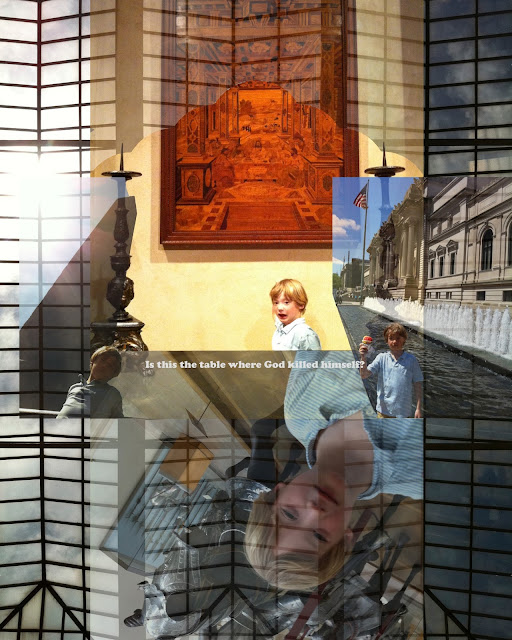 Even the young - especially the young - can appreciate the irony of Jesus' sacrifice. The God who killed Himself and admonished his disciples (and all subsequent followers) to eat his body and drink his blood. The annihilator of the old god(s) is a big problem for believers - especially believers who are under the illusion that they are skeptics.