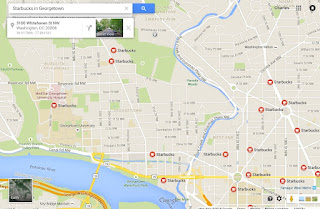 I remember returning from a trip to Italy in 1987 - Walking around Georgetown in Washington DC and wondering - "Why aren't there any good Cafe's in America?" The coffee was so good in Rome, but in the USA all you could find was Chock full o'Nuts swill. There was a business opportunity then, in the late 80's - I could have opened an espresso bar, franchised it and written my blog posts from the MANY cafe copies in DC pumping out java and free wi-fi. Didn't happen.

I lived in San Francisco a few years later ('89) and would frequent a wonderful place called Mario's Bohemian Cigar Store in North Beach - that was my idea of a coffee shop (or whatever) with real soul, sandwiches and great coffee. It's still there thank God. 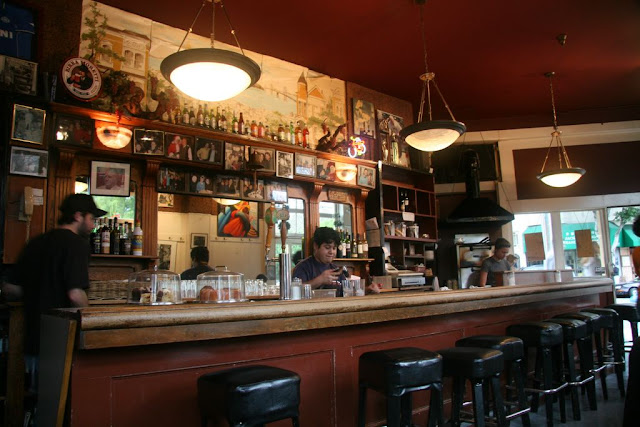 In 1994 I was in France and found what for me was the greatest coffee joint of all time - I can't remember the name, but this is how I described it in my journal.


"There was a beautiful cafe we went to not far from our hotel (Hotel du Marais, 2 biz, rue Commines) - we went there almost every day we were in Paris. It was the cafe that a lot of the taxi drivers went to. Inside was just a bar with espresso machines and the taxi drivers always stood there and drank coffee and there were a few tables toward the door that you could sit at and look through the plate glass windows onto the street and watch people walk by. Inside the walls were painted an industrial green and there were mirrors on the wall that faced the bar. Outside on the sidewalk there were also tables - sometimes we sat outside. There was a pastry shop across the street that had delicious food where we bought pan chocolate and other good things - apple tarts, something with almonds, etc, - I can't remember them all."

It was perfect. High ceilings, a big mostly empty room - except for the old wooden bar, tile floor and lots of light. Sort of the Anti-Starbucks.

Over the past 30 years I've witnessed the explosion of Starbucks with bemused wonder at its popularity and it's clientele. 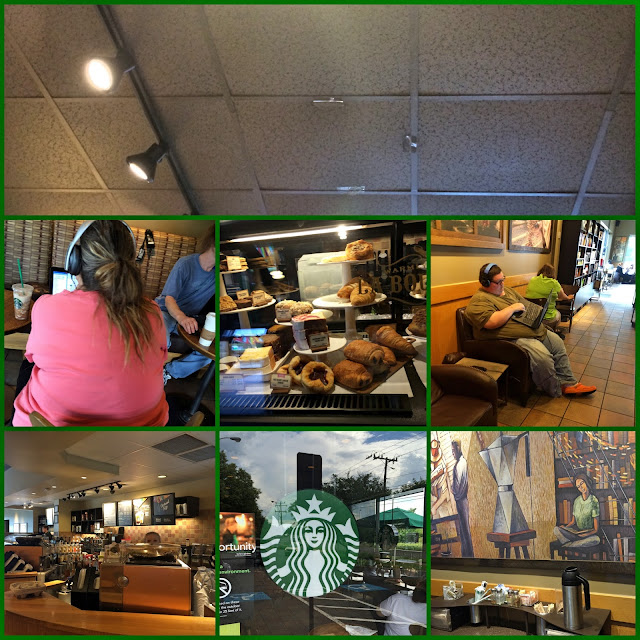