Purple Smoke on the Water 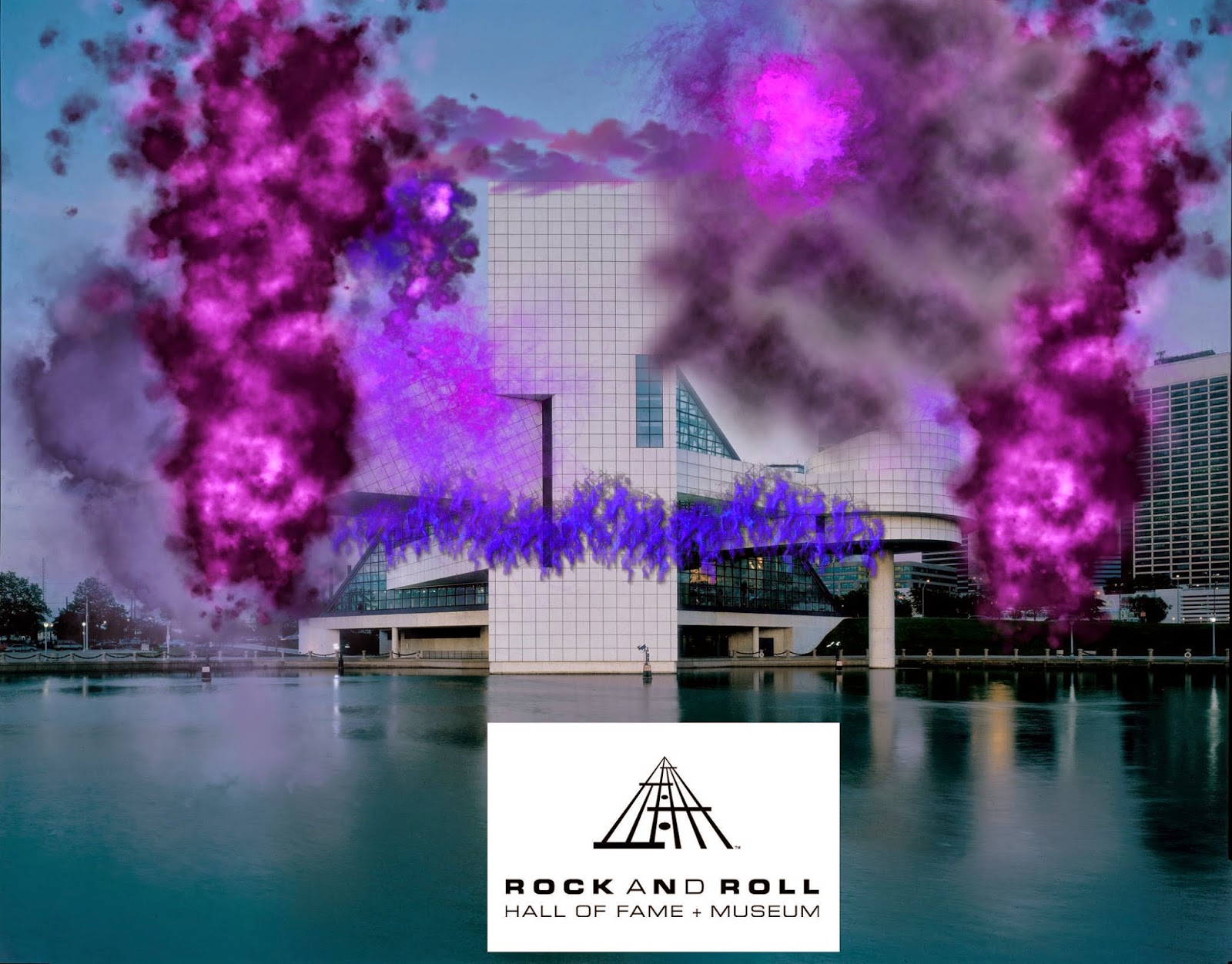 Situated on the majestic shores of Lake Erie as a monument to corporate rock all you need to know about the Rock & Roll Hall of Fame is that Bo Diddley and Eddie Cochran were NOT inductees on the first ballot year 1 of it's opening in 1986. Chuck Berry & Elvis made the cut as well they should, but holding off on Bo and Eddie is a slight against the entire ethos of Rock & Roll (if such a thing were to exist).

Ellas Otha Bates did, in my opinion, invent the art form known as Rock & Roll - hence his nickname "The Originator" and if you listen to Bo Diddley the 1958 album you can hear why. Two things are evident in this record:
1. It is a mystery - a miracle really - how this music was produced in 1955 - 1957 for it is unlike anything that came before it. Forget all that blues roots mumbo jumbo that Rock critics are always spouting because yes, yes, yes Rock & Roll has roots but that doesn't explain the creative supernova of Bo Diddley and his collaborative genius, the forgotten, Jerome Green.
2. This record is the alpha and omega of Rock & Roll which is to say that it initiates everything that came after it and everything that came after it could not surpass it. It holds up, as they say, and is the standard, song after song, against which every Rock & Roll song is measured.


I walked forty-seven miles of barbed wire, use a cobra snake for a neck tie
Got a brand new house on the roadside, made from rattlesnake hide
I got a brand new chimney made on top, made from a human skull
Now come on baby let's take a little walk, and tell me "who do you love?"

It simply does not get any better than that.

Eddie Cochran was brilliant and innovative both musically and stylistically but his most significant contribution to Rock & Roll was taking his music to the UK and initiating the British Invasion. Fittingly, he died at the age of 21 in a car crash driving on the wrong side of the road - 20 Flight Rock straight to heaven.

In the eyes of the Rock & Roll Hall of Fame Bo Diddley and Eddie Cochran are 2nd tier - Shame.


That being said, it's understandable that no one in his right mind would give a rats ass about the annual inductees into this colossal Cleavland eyesore (and that's saying something!!!) - and I don't.  But something did cross my web browser last week that caused me to stop and ponder the very existence of the R&RHoF on it's own terms at a metaphysical level - The Rolling Stone Readers' Poll: 10 Acts That Should Enter the Hall of Fame in 2016 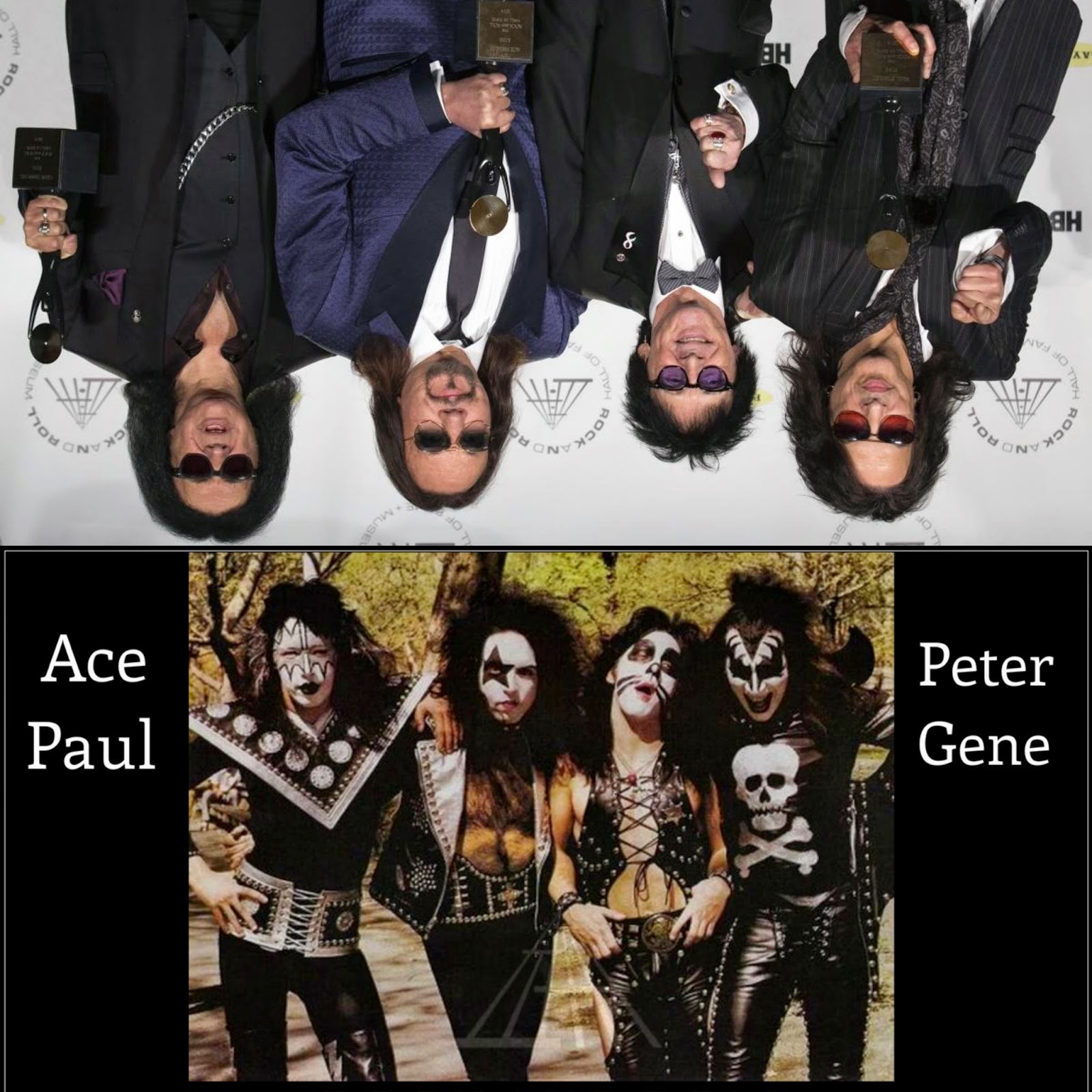 I don't expect much from the the industry stooges who pick the inductees - last year they installed KISS - one of the great clown bands of all time but VERY deserving of a place in the Hall which has a skewed criteria for who gets in and who gets left out. And I'm not complaining about leaving out truly seminal artists like Don Van Vliet (aka Captain Beefheart), Brian Eno or Larry Norman because these artists - as influential and great as they are - did not pull in big bucks (by which I mean KISS bucks) for the record companies. To get tapped a musician needs cheddar on their white bread so Madonna, Fleetwood Mac, The Eagles, James Taylor, Steely Dan, etc are in and people with a Rock & Roll soul like Little Feat (Lowell George) or Warren Zevon (to pick 2 from the readers poll list) get left out*. This results in strange anomalies like:
But what really got me was #1 on the Readers Poll list - Deep Purple. Deep Purple is not only a fantastic Rock & Roll Band - better than most of the current inductees in the Hall, but they've also harvested mountains of green from 16 year old boys all around the world. More importantly they created the rock song that is THE FIRST ROCK SONG that every kid who picked up a guitar after 1972 learned to play. A Rock & Roll song about making Rock & Roll which is an archetype of the form. Also, DP made one of the greatest Rock albums of all time titled Made in Japan - the opening Highway Star can't be beat. Put 'em in the Hall of Fame Jann Wenner! They belong there more than most.

* Don't even get me started on Jethro Tull and their inexplicable absence from the Rock & Roll Hall of Fame - I could go on for pages about Ian Anderson and Tull's amazing fusion of rock, folk, jazz, and prog-rock. Aqualung, like Smoke on the Water, is a Rock anthem of the first order and Thick as a Brick is a work of absolute genius.