OMG meets the “mother” of all deities 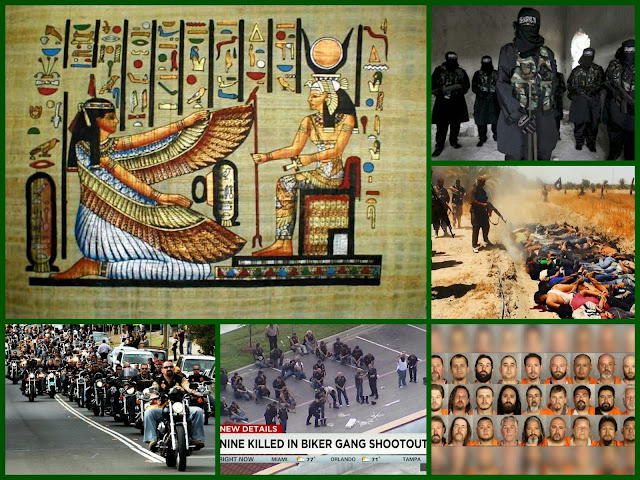 There is something very feminine about ISIS - including the name. Manley P Hall gives a good overview of Islam in his classic text The Secret Teachings of all Ages and make the following point:


The feminine principle is repeatedly emphasized in Islamic symbolism. For example, Friday, which is sacred to the planet Venus, is the Moslem's holy day; green is the color of the Prophet and, being symbolic of verdure, is inevitably associated with the World Mother; and both the Islamic crescent and the scimitar may be interpreted to signify the crescent shape of either the moon or Venus. 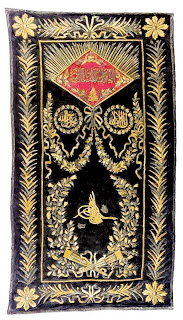 There has been a lot of yammering about the Islamic State and weather they rightly claim the religion of Islam as their loadstar - Some say no and others say yes, but I like to look further into the past - way before the Prophet started weaving the strands of ancient religions into a contemporary (for the time) interpretation.  Isis is the female principle in the Isis/Osiris theology that ruled the civilized world for thousands of years and ISIS is the most recent incarnation of her life giving/life taking power. "Tales of the ancients" provide the skeleton of the Qur'an which, I suppose, is a key driver for all these Islamo-nuts to destroy any and all pre-sixth Century religious art. But burn, smash, crush or explode as they might, the faithful can not erase the roots of their religion and those roots are buried deep, deep, deep in MOTHER earth. Is ISIS Islamic? She is, but she's a lot more than that and the anima and animus development of these terrorists is way out of whack in no small part because of the way they treat their own women and impoverish their feminine side - Their anima.

The world needs some red blooded American testosterone to grab ISIS by the hair and recalibrate her subconscious. But who can we send into that sandy wasteland that has a shot at getting the job done? Uncle SAM has already spent 10 years kicking jihadi ass all over Mesopotamia and the Hindu Kush but the voting public grew decadent in it's PAX America luxury and never allowed for rules of engagement that would effectively move the needle toward the De-feminization of Islam. The vapid citizens installed a technocrat charged with reducing head count and, in time, dumping the entire war enterprise so that America can focus on more important things.

A tempting plan B is to round up the rioters in Baltimore, Anarchists, Trustifarians and their angry cousins festering in cities across the fruited plain and air lift them to Baghdad - give them guns, cars, cranck and see what they can "occupy" over there. After shedding all the Red State blood in the first go round, it would only be fair to see Blue City "troops" give it a go, but these "folks" have anima/animus issues of their own and there's always a risk that they'll go native. 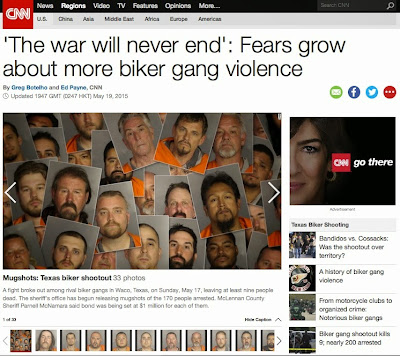 But let's think outside the Red/Blue paradigm - How about Operation Waco? And I'm not talking about sending in the ATF to incinerate women and children - I'm talking about the real 1%ers captured in Hunter S. Thompson's gonzo classic Hell's Angels. The Bandidos, Pagans and Mongols are organized, relentless and experts at taking territory. Organized Motorcycle Gangs (O.M.G.'s) don't forgive even minor slights and they don't care if the New York Times calls them “dangerous” and “hostile." In fact, they love it and isn't that the attitude warriors fighting ISIS require if they're going to win?

In the words of government informant Charles Falco:


"Anytime a biker gang war starts, it never stops," said Falco, who infiltrated biker gangs for the Bureau of Alcohol, Tobacco, Firearms and Explosives. "Thirty, forty years from now, you'll still be reporting about these biker gangs fighting each other. The war will never end."

Wow, these guys sound perfect!  Load up their bikes in a few C-17 Globemaster III's, give them Uzi's, dynamite and whiskey, stick an Iraq bottom rocker on their vests and drop 'em off outside Ramadi then turn a blind eye and pretend they don't exist - just like we do here in the USA.