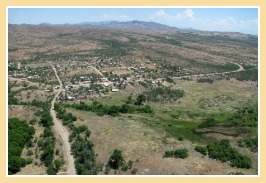 Leave it to the hippies of Arivaca AZ to protest the immigration "checkpoint" located twenty (20!) miles outside of town - I use the word town loosely (pop. 700) - and leave it to the LA Times to "report" on the story as though it's actually news:


"At the Arivaca checkpoint, about 20 miles outside the town, dozens of protesters stopped traffic for less than a minute in an attempt to shut down the facility, but federal agents quickly herded the group to the roadside." 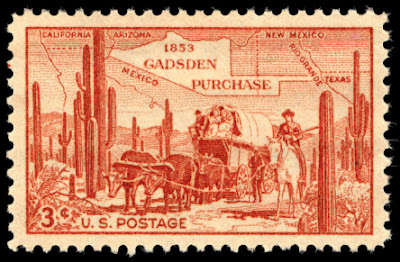 The protesters claim that Arivaca and it's surroundings have been turned into a "war zone", you know, like Syria. But as someone who's spent considerable time in the territories acquired by the United States of America through the Gadsden Purchase at a price of $10 Million (and those are 1853 dollars mind you) I can only say - it's always been a war zone. From the Hell Hole of Arizona (Yuma) to El Paso, TX this is Cowboy and Indian country with a long and distinguished history of war. With towns like Nogales, Tombstone and Bisbee populated by outlaws, miners, Apache, cattlemen and hearty pioneers who pulled over on the way to California and never got back on the road this is a rough place with tough people. It's true that drop-outs and new-age peace-nicks were blown into southern Arizona in the 1970's like a THC tumbleweed but their concerns are irreverent - they honestly don't belong there. 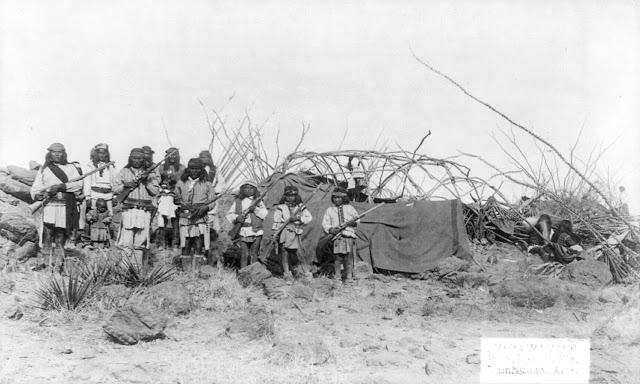 No, wimpy citizens of Arivaca, the real war is being "fought" on TV screens by Davos men like Jorge Ramos and lonely patriots like Anne Coulter who step into the breach and chop off (metaphorically)  their adversaries tiny dick heads (ISIS style) leaving Davos Dude speechless and transfixed on his cue cards searching for another, more penetrating, question. The Derb loved it, but he's one of those who's been cast off (like Ann) by NatReview conservatism for speaking his mind because freedom of speech has it's limits (on the Right). But the usual suspects on the left didn't touch the interview - nothing on Vox or Slate and just the usual crap on Media Matters. The Beast did write a somewhat favorable article on Ann under the neutral title "Coulter Hates ‘the Browning of America’" just in case you're too stupid to know where she stands - and if you read the DB you probably are.

But criticism aside, because, you know, opinions are like assholes... the greatest moment of the entire Fusion interview was not delivered by Gorge R or Ann America, but by a fatso illegal immigrant who's been existing in a place called "America" for 22 YEARS!!! who as a quid pro quo for asking a question requested a hug from the interviewee. This moment captured and illuminated everything that Coulter had been saying to Ramos in a way that words - rational argument - never could. What fucking country has plump, soft-spoken, "shared humanity" types asking guests on a talk show to give them a hug? Is that an example of good old U.S.A. culture having seeped into this "undocumented workers" behavioral template over the past 2 decades? I think not - This is the crap - the schmaltzy, blathering, infantile crap that's being exported into our country and broadcast as though it's normal - for I feel almost certain that this woman was a planted questioner arranged my Ramos or someone on his staff - so what they thought would be an embarrassing moment for Coulter was, in truth, the greatest proof point of her arguments to Ramos.


The chaser comes at the very end of this clip when gordo claims she was hugged by sheriff Joe Arpaio thereby implying that this was not the first time she'd asked some famous person, despised by the left, to suffer the blubber for communal love and world peace.