April 21, 2015
Today (Patriots' Day) the hoofers ran the Beantown massacre marathon two years after a pair of New America bros. blew up innocent bystanders and runners for no good reason (pity Chechnya). They call it terror but then, what do you call 30 thousand joggers running 26 miles across New England sprawl in April. Horrible, but mid-April is a terror time. 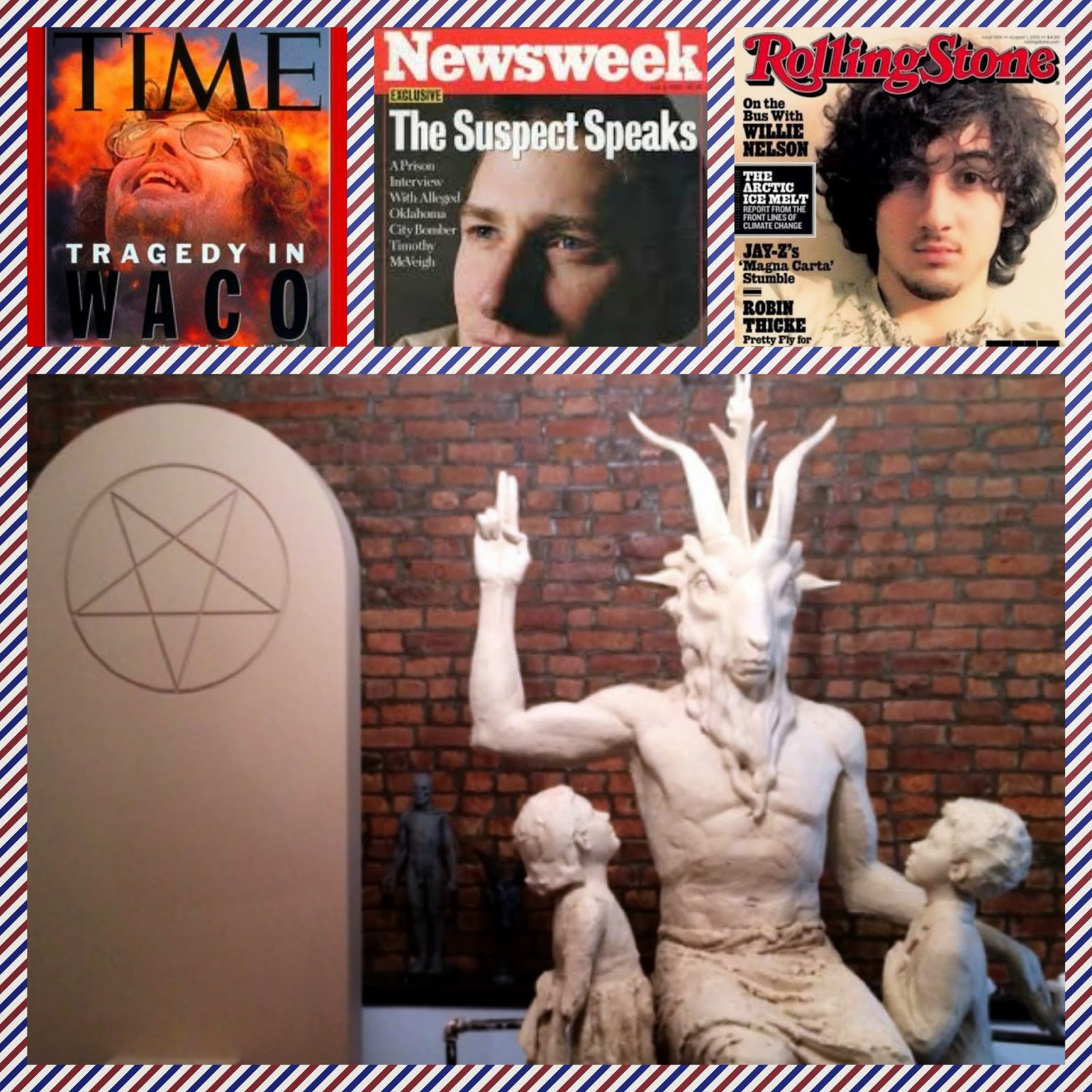 Back in the 90's there was a mass murder in Waco Texas and a year later (to the day 4/19) the Federal office building in Oklahoma City was blown to bits by domestic terrorist Timothy McVeigh. Memories are short and people forget so last year a group of concerned citizens petitioned the Oklahoma state government to erect a monument in commemoration of the bombing (though for some reason they want it to be placed in front of the state capital instead of the Federal building where it belongs). I know, I know - The Great Satan is supposed to be extended the same protection we provide to ALL religions but I'd take a sledge hammer to it on a cool April night while singing the pleasant Dogbowl & Kramer song "Hot Day In Waco".

D.W.I. said…
Dude! Don't forget that Lincoln was shot in April. MLK, too!
Walt Whitman wrote "When Lilacs Last in the Dooryard Bloomed" about Lincoln's death.
Then, T.S. Eliot in the Waste Land wrote, "April is the cruelest month." T. S. was referencing Lincoln via Whitman.
Let's make it through the rest of the month without catastrophe!
2:53 PM