"What a circus.
A chaotic clash between clowns and animal rights protesters erupted under the big top at a circus in Southern California Friday night, according to reports."

There is no question where the KOTCB Blog stands in this conflict - Our hearts are with the Ramos Bros. Circus and there $25 tickets = Fun for the entire family. PeTA on the other hand is a killjoy that tries to buy love by printing photos of nude movie stars shaming citizens who wear fur coats to circus. 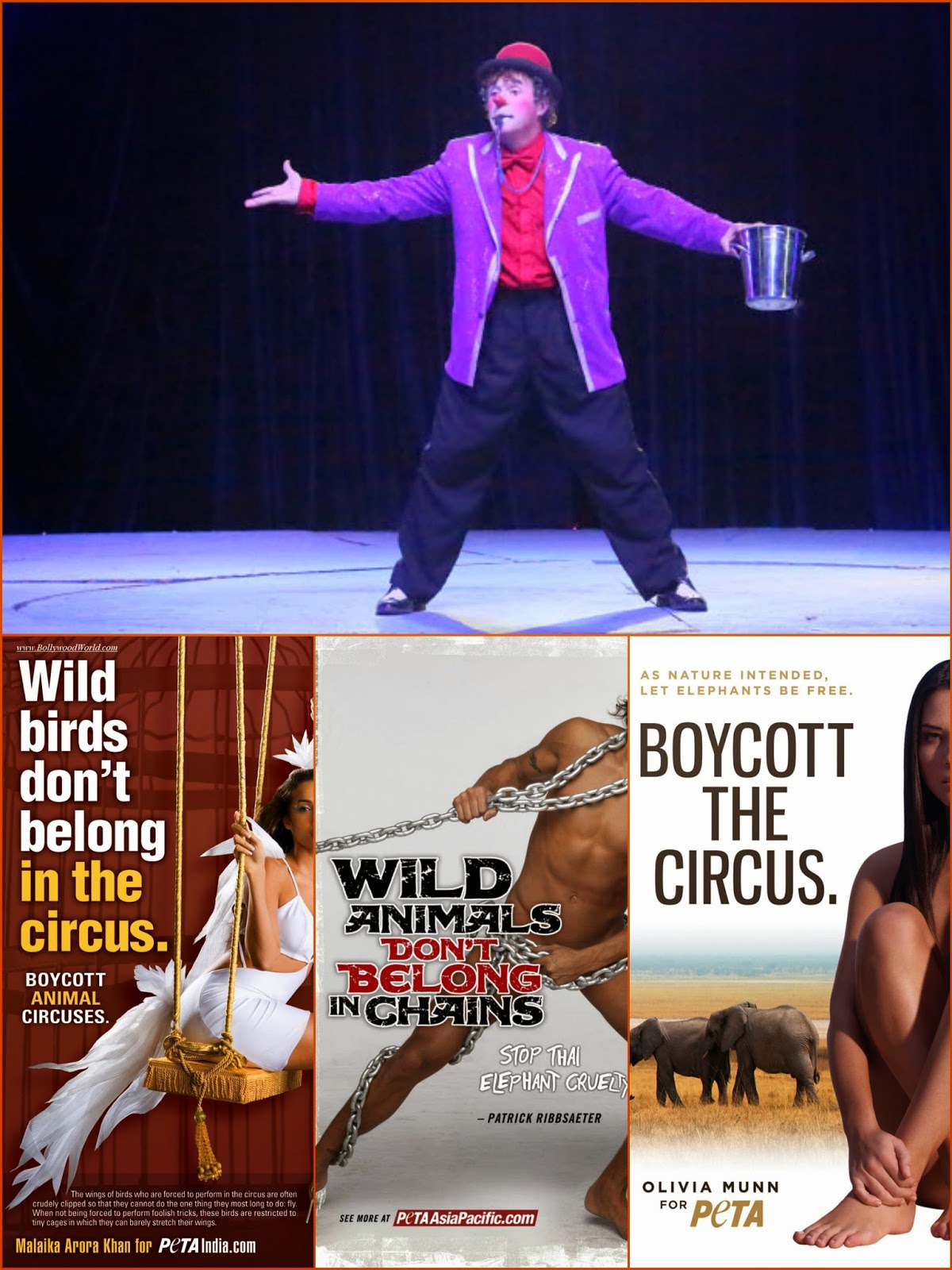 San Bernardino is located in California's Inland Empire which is populated with people who have escaped LA and it's PeTA people - but the PeTA people will not leave them alone. They've "hounded" Joe-six-pack into the desert and attacked a circus. I only hope the spectators got their money's worth when the clowns beat the protestors.