Robby - "Hi Huma, I wanted to go over the Iowa marketing plan and messaging. Is she available?"

Huma - "Not a good time Robby, she's pretty upset about Maureen Dowd's 'Open Letter' and she's locked herself in our bedroom. Keren's here though."

Robby - "Hey Karen, well, it's kinda important Huma 'cause the Iowa tour is coming up fast. Let's decide on a theme and you can fill her in once she pulls herself together."

Huma - "That's fine, she thinks this whole 'listening tour' is bullshit anyway, but it seemed to work in New York so... whatever."

Robby - "Great. Do you have the charts? I've been trying to email them to all of you, but it keeps bouncing. What email are you guys using these days anyway?"

Keren - "I've got them. They came into my MSNBC account. Go on Robby, we're looking at them now." 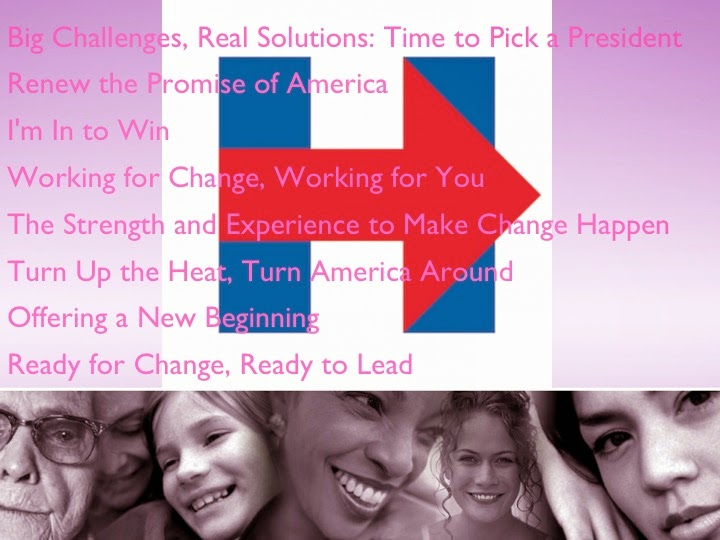 Robby - "This is her logo and slogans Huma, we've been over this already."

Huma - "That's what your friends in DC came up with? I knew we should have gone to New York for creative. I thought we were looking to use the symbol for female - you know, the circle with the upside-down cross coming out the bottom."

Robby - "We did! This is the gender neutral version. A blending of the male and female symbols that says 'Hillary' loud and proud. It's very LGBTQ."

Keren - "She's already approved it Huma, lets go to the next slide. That's the subject of today's call."

Robby - "Thank you Keren, so right, where were we, oh yes, the theme of our listening tour. Now, we've had a bunch of ideas, so I've put them all on this slide but there really is only one worth..." 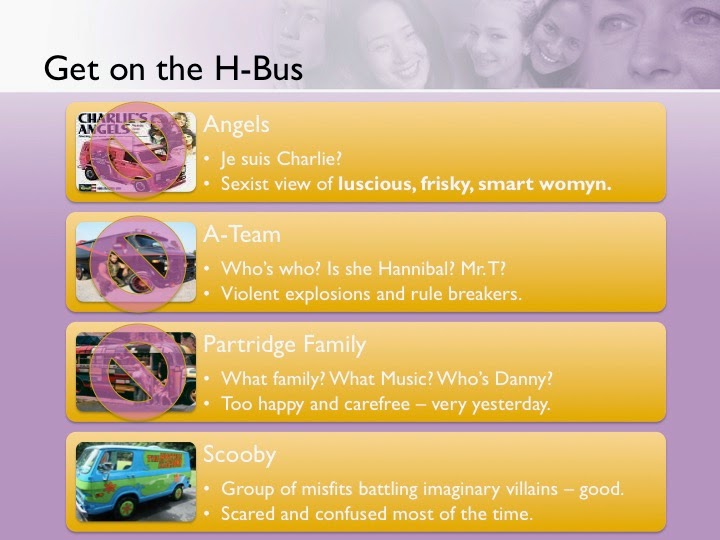 Huma - "I'm hanging up now. This is more embarrassing that Carlos Danger."

Keren - "Hold on Huma, we need to agree on this. It's not the formal theme and messaging of the trip, this is the informal 'fun' narrative that we spoon feed the press. They'll say whatever we want them too so if you think she'll like one of the other shows more then..."

Huma - "You idiots, she doesn't 'like' any of these shows. We're going to have to brief her on whatever we choose, so do you think she can learn enough about Scooby-Doo in a 45 minute briefing to keep her from sounding like a fool if anyone asks her about it?" 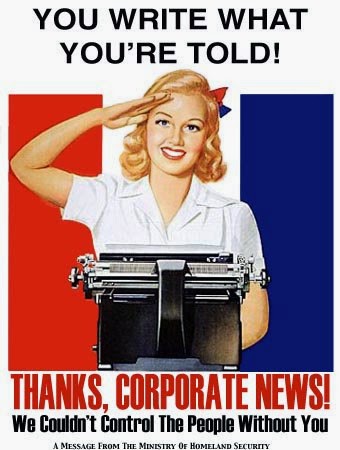 If you cook these hacks some dinner it really pays off - They'll pretty much print whatever you ask them to write about your candidate (if she's a Democrat). It's a grubby job, and someone's got to do it.

"The reaction to Hillary's campaign announcement went exactly according to script."

Clampett News Network went so far as to publish an op-ed by Martha P(l)ease (aka Claire Underwood) blathering about the brilliance of HRC's sneaky campaign launch - a warm reboot of a long running cartoon for the liberal political consumer. Will it sell? Of course it will - it's what's on the screen and the press is going to badger and cajole the primary voters of Iowa, New Hampshire and South Carolina with this marketing campaign until the will of each and every Democrat is broken. That's the strategy and though the DemLeft party establishment is trying to run the Mystery Machine into George Bush's ditch at mile marker 2008 we're well down Berry's dirty back road and coming up fast on a Y where decisions - long term decisions - are going to be made. 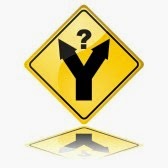 Who in the broad US electorate is going to trust Hitlary to make those choices? There are not enough cartoon fans in America to put Velma Dinkley behind the wheel - Only Fred Jones (RINO) and Shaggy Rogers (Hippy) are allowed to drive and that ain't gonna change in 2016. 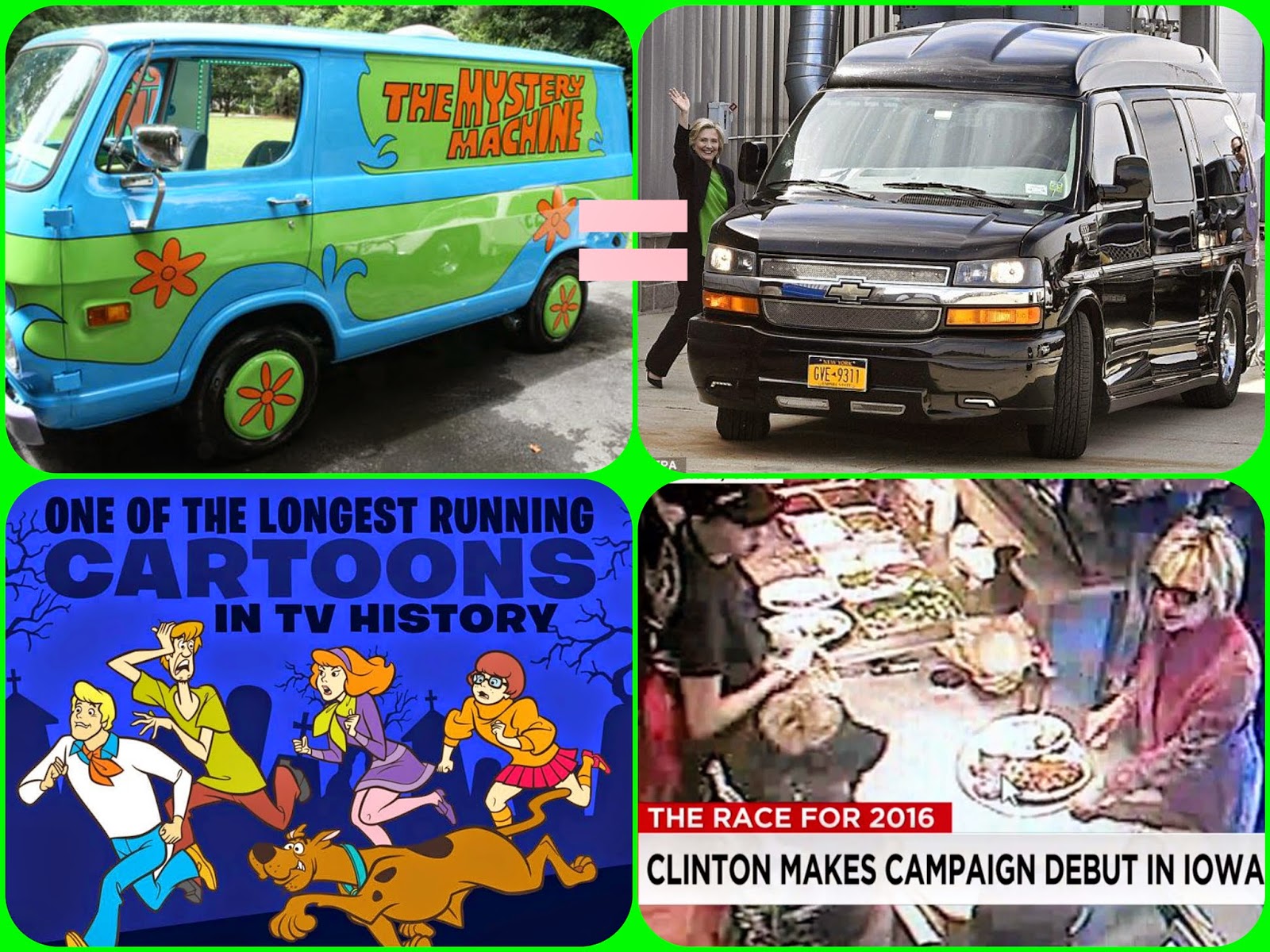 This whole Scooby Doo meme misses the mark except(!) for the name of the van - The Mystery Machine would seem to be the perfect name for the HRC Campaign for who among us really knows what the Mook Mafia is up to. But a better name for HRC's van is Straight Arrow from the 1977 drive-in classic "The Van" racing down the road with Dugan Hicks behind the wheel on it's way to the beauty pageant in "Little Miss Sunshine." Dugan will run over whoever gets in her way and plow straight ahead just like her logo "communicates" until someone runs her off the road and beats her.

A family determined to get their young daughter into the finals of a beauty pageant take a cross-country trip in their VW bus.