Assholes Against Blasphemy Made Flesh 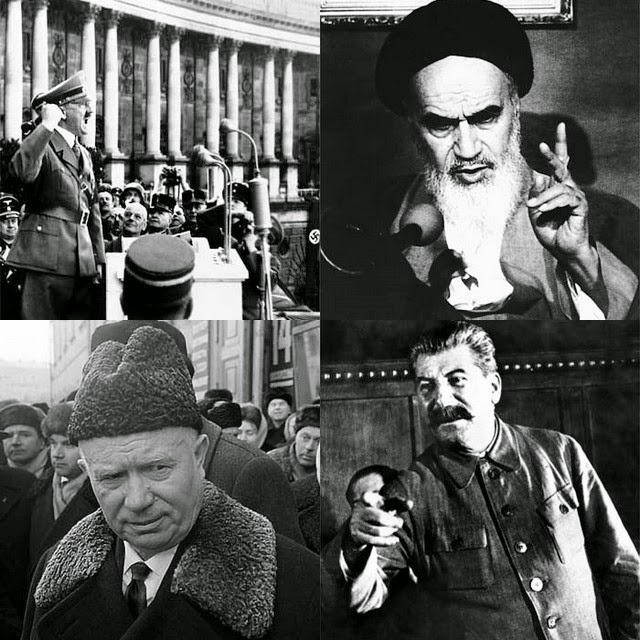 It's hard not to post something about the Supreme Leader's speech yesterday - not ours - theirs. And it calls to mind one of the major weaknesses of a democracy when confronting a totalitarian state which is on full display in this P5+1 Framework Agreement that John Kerry and BHO have been touting. There is no internal division with the Iranians or the Russians or the Chinese - no party gets to "one up the other" and bring home the trophy to their adoring partisans who will rub poop pie in the oppositions face - there is no opposition for the Tot's. For the squabbling couples locked in the democratic marriage it's much more complicated. Enter couples therapist Walter Russell Mead to try and talk some sense into the Mommy Party's scattered brain while the Daddy Party slumps forward, head in hand, thinking, "I've said this to her myself so many times already but she just doesn't listen."


Iran must be taken seriously when it says it sees this negotiation as part of a struggle with an enemy. Liberal American diplomats often delude themselves that foreigners prefer them to conservative hardliners. They think that American adversaries like the Castro brothers or the Iranians will want to work cooperatively with liberals here, and help the American liberals stay in power in order to advance a mutually beneficial, win-win agenda. Thus liberals think they can get better deals from U.S. opponents than hardliners who, as liberals see it, are so harsh and crude in their foreign policy that they force otherwise neutral or even pro-American states into opposition.

What liberal statesmen often miss is that for many of these leaders it is the American system and American civilization that is seen as the enemy. It is capitalism, for example, that the communists opposed, and they saw liberal capitalism as simply one of the masks that the heartless capitalist system could wear. For the Iranians, it is our secular, godless culture combined with our economic and military power that they see as the core threat. Obama’s ideas from this point of view are if anything less sympathetic to Iranian theocrats than those of, say, American evangelicals who aren’t running around supporting gay marriage, transgender rights and an industrial strength feminism that conservative Iranian mullahs see as blasphemy made flesh.

Ah yes, the flesh - if only they could do away with the flesh all would be right with the world. And if the mullahs have a nuclear weapon they just might succeed.