March 09, 2015
Looks like John Kerry is taking the blue pill in an effort to abort HRC and though I'm not sure how infanticides work in the normal male body, the silver-spooned surfer's biology might be so odd that he actually pulls it off. It's no surprise to me, having watched her carpetbagging highness over the years, that that the Democrat establishment is going to put her out to pasture and I suppose they waited patiently keeping their powder dry in an effort to prevent another young dreamer like Barack Obama from making a bid to grab the brass ring. Sorry Pocahontas Warren and Martian O'Malley - There will be no Gary Hart or Howard Dean in this years fashion show because 2016 is going to be a big league slugfest and that means only 1st string white male starters get to play.

One of the funniest memes touted by the GOP shills and know-it-all commentariat is that the Democrat Party "has no bench" meaning they have no viable candidates behind Hilary R. Clampett and if she stumbles then the Dems are sunk. I assume the primary promoter of this narrative is the Clampett machine and their beltway bootlickers who pretend that it is so - but it ain't.

Clinton - the lovable rogue Bill Clinton who happens to be a damn good Politician among other things - squeezed into the Presidency with 43% of the vote in the '92 election due in no small part to a crypto-fascist-nut-job from Texas and then in '96 managed to get just 49.2% of the vote with a booming economy and relative peace + additional help from the Lone Star dwarf (and Colin Powell decided to NOT become Americas first black President) + Gingrich balanced the US budget. In other words, Bill Clinton never really had the full backing of the US voters and he's the gifted campaigner, back slapping glad hander and (give the devil his due) political visionary of the family. As for the Mrs. she's got to be one of the worst politicians ever the rise so high and go so far on the thermals created by the otherworldly phoenix she's married to. In 2000 she defeated a kid named Rick Lazio for Senate in a State she knew so little about that she was forced to take a "listening tour" to get aquatinted with "the people." In '06 she ran for Senate essentially unopposed and managed to snag 700k fewer votes than she did 6 years earlier. She was handed the Sec of State job as a booby prize for getting the Presidency taken from her by a relative neophyte (who was backed by Party elders) and she spent 4 years globe trotting with her girlfriend and getting things done for Clinton Foundation donors. Now she want's to be the first woman President of the United States. Nope.

Americans have never liked Hilary and the Democrat Party knows it. She might be able to win the Dem primary, but she'll never win a general election and it looks like she's not going to get a chance to try. 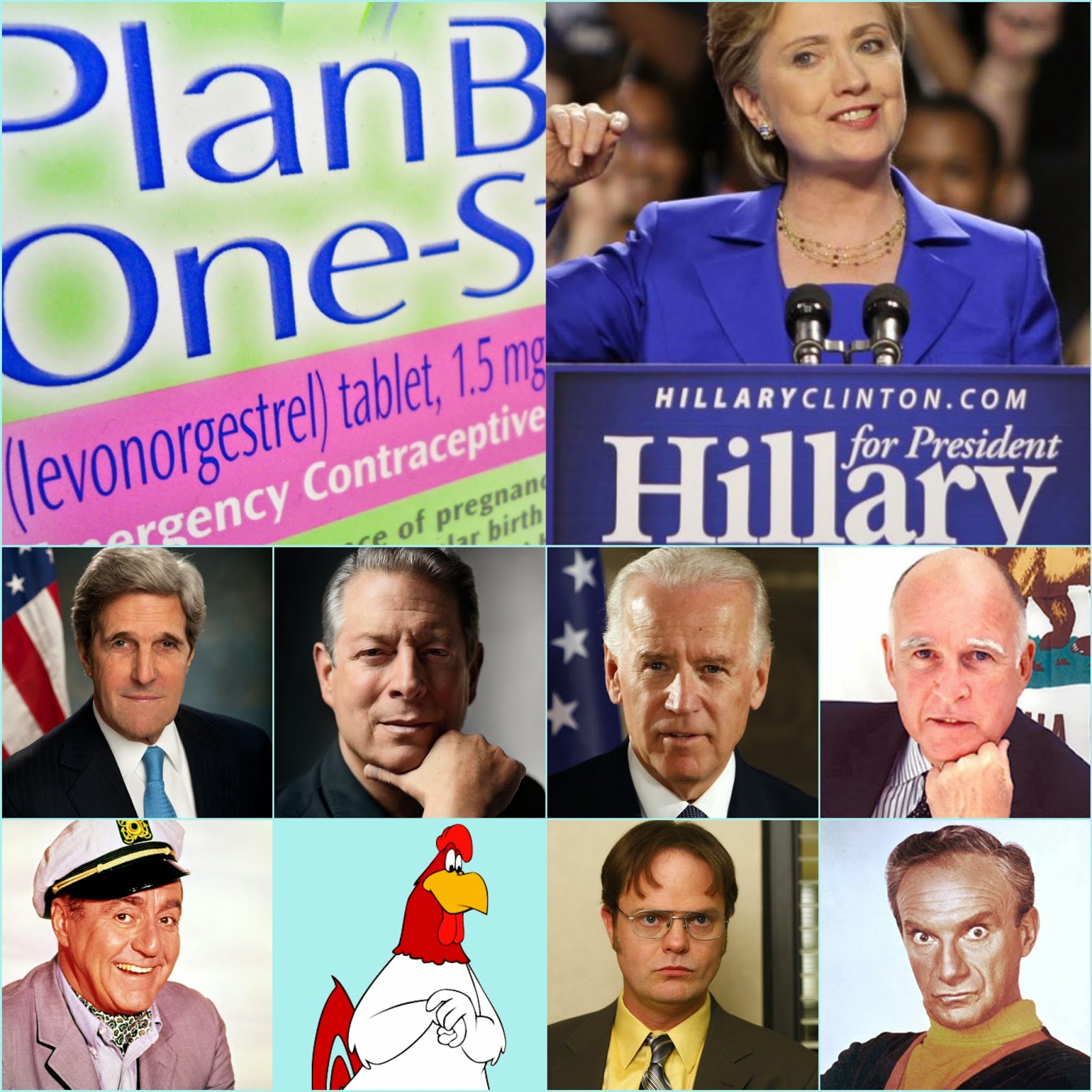 So who's it going to be?

John Kerry - got almost 60 Million votes in 2004 and he's done his time as "winter soldier" for the Democrat Party.
Al Gore - Already won it once in 2000.
Joe Biden - He's also done his time and seems to be able to say anything without consequence.
Gov. Moonbeam - 4th times a charm.

That's not a bench, that's an all-star team of political fighters who want to be President and this is their year - they all know it in their bones and they ain't going to let some grandma take it from them.