Cramming for a Global Test

March 15, 2015
The silver-spooned surfer was interviewed by Margaret Brennan today on Face the Nation, though I don't understand why John Kerry would care to "face the nation" when his attention is clearly focused on the wider world - the international community as they say. Whatever.

We've been here before and we'll probably be here again and no matter how much people like William Saletan writing in Slate try to obfuscate the truth it comes down to weather US citizens are willing to have their government submit to a "global test" and passing grade to justify its foreign policy decisions or behave like petulant children and "go it alone." Back in 2004 Kerry got spanked by the cowboy on this proposition.


Bush rejected this test. "The president's job is not to take an international poll," he said at the time. "Our national security decisions will be made in the Oval Office, not in foreign capitals."

Times have changed. After giving the blah, blah, blah "unconstitutional" talking point the Dems have been barfing up for the past week Kerry gets down to it.


"And, by the way, that is to say that before there even is a deal. I mean, it's like, you know, giving people a grade on a test before the test is even written, let alone given.
It's wrong. It's unprecedented. And I hope it hasn't made it very difficult here. And, by the way, we're not -- this is not just the United States of America negotiating. This is China, Russia, Germany, France, Great Britain."

See, Tom Cotton is grading the test before the test has even been written, and besides, he's not the one who's supposed to be grading it anyway - this is a "global test" and the pass/fail is decided by chinks, ruskies, krauts, frogs and limeys. So butt out Jr. Senator for Arkansas or I'll do you like I'm doing your hayseed (former) neighbors the Clampett's. And if you still don't understand what I'm saying then how about this:


"I will explain very clearly that Congress does not have the right to change an executive agreement. Another president may have a different view about it. But, if we do our job correctly, all of these nations, they all have an interest in making sure this is in fact a proven peaceful program."

So John Kerry is running for President in 2016 - he basically announced his candidacy today. The security of the world rests on his "view"! 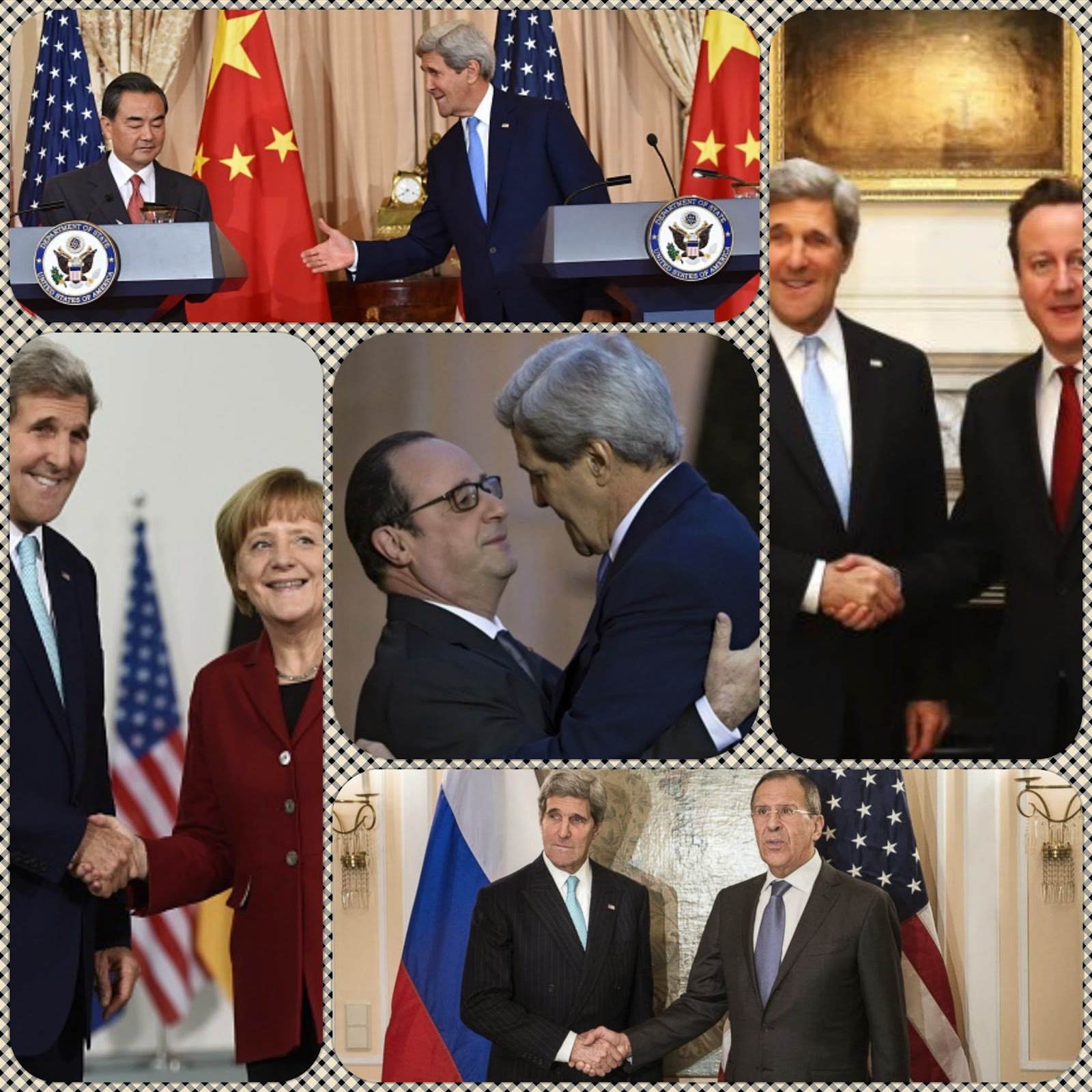