The exact situation of Neverland is ambiguous

"There are many different kinds of bravery. There’s the bravery of thinking of others before one’s self. Now, your father has never brandished a sword nor fired a pistol, thank heavens. But he has made many sacrifices for his family, and put away many dreams." 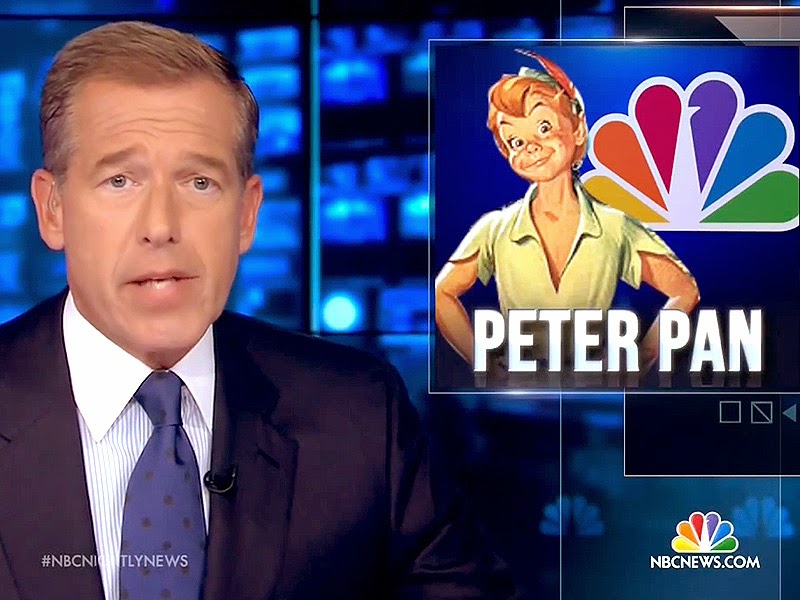 Brian Williams is being mocked on Twitter - heaven forfend! He's not only the news reader but also the managing editor of NBC news:

Brian Williams is seen by more U.S. television viewers on a daily basis than any other individual.  Since taking over as anchor and managing editor of NBC Nightly News in 2004, he has strengthened the broadcast's position as the most-watched newscast in all of television and has become the most highly decorated evening news anchor of the modern era.  He has received eleven Edward R. Murrow Awards, twelve Emmy Awards, the duPont-Columbia University Award, the Walter Cronkite Award for Excellence in Journalism and the industry’s highest honor, the George Foster Peabody Award.

Some people speculate that his "fabrications" about flying in an aircraft hit by and RPG in Iraq will force his resignation - Don't bet on it.