"Having determined not to become a candidate for reelection, I shall have no motive to influence my conduct in administering the Government except the desire ably and faithfully to serve my country and to live in grateful memory of my countrymen."

Every third Monday in February we in the United States celebrate the Presidency of James Buchanan (among others) who's effigy sits in solemn judgement in Meridian Hill Park (along with Joan of Arc and Dante) just a few blocks up 16th St. from the White House. Ten-Cent Jimmy was a respected party hack who did his best to keep the ossified "old order" in place even though it had long outlived it's expiration date. 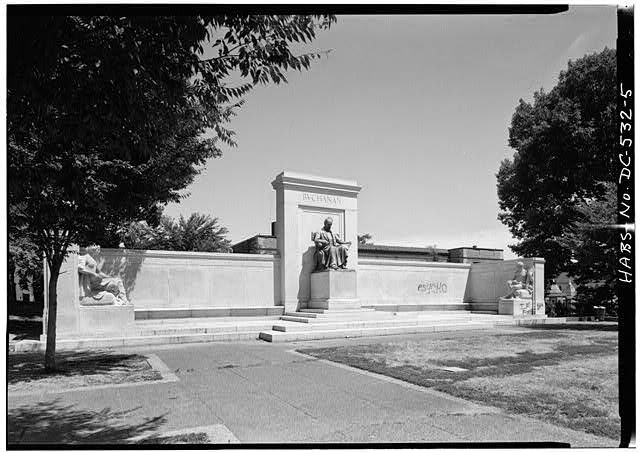 As a mirror for our times a biopic of Old Buck would be better than Lincoln and more entertaining.

Of course, some of us reactionary (small r) republicans still celebrate George Washington's birthday, not just because he was a great President, but because, so far, he is the greatest American who's ever lived and is one of the greatest men in world history.