January 01, 2015
"Everyone" wanted it, you demanded it, you even voted for it and tonight you get to watch it - NCAA Football Playoff Games. Anyone who's read this blog knows that I despise the entire concept of a National Champion in College Football and would, if I could, do away with national rankings altogether. So I consider this entire exercise an advertising driven abomination that should be forbidden by law - constitutional amendment if need be - to bring the bowl games back down to earth. But that's not going to happen...

So tonight we have 4 teams competing in traditional New Years "Day" Bowl Games being played at night with the second game (the Sugar Bowl) STARTING at 8:30 PM ET thereby guaranteeing a midnight finish - ain't that grand?! At least the Rose Bowl will be played in daylight between the Ducks and some team from Florida that has no business playing in the Rose Bowl, not because they're not a great team, but because the Rose Bowl is where the Big 10 and Pack 10 fight it out and FLA isn't in the Big 10. But hey, this entire bowl schedule is a joke - The Taxslayer Bowl, The Bitcoin St. Petersburg Bowl, The Advocate V100 Texas Bowl - What the hell?

And what are they fighting for in this "playoff"? The chance to play again next week or a chance to win this: 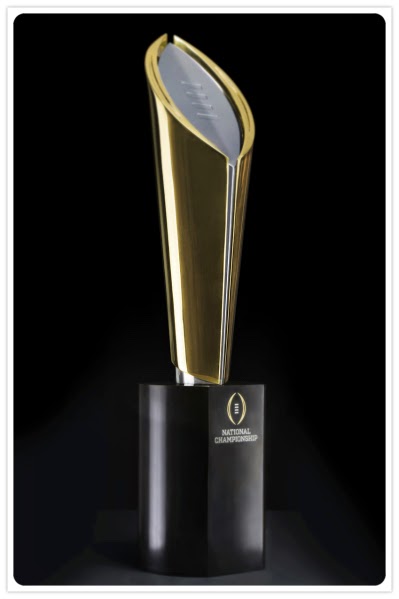 This nameless, corporate monstrosity - looks like Jerry Sandusky's butt plug - is what awaits the winner of these playoffs. Who would actually want something like this? Who covets it? People like this: 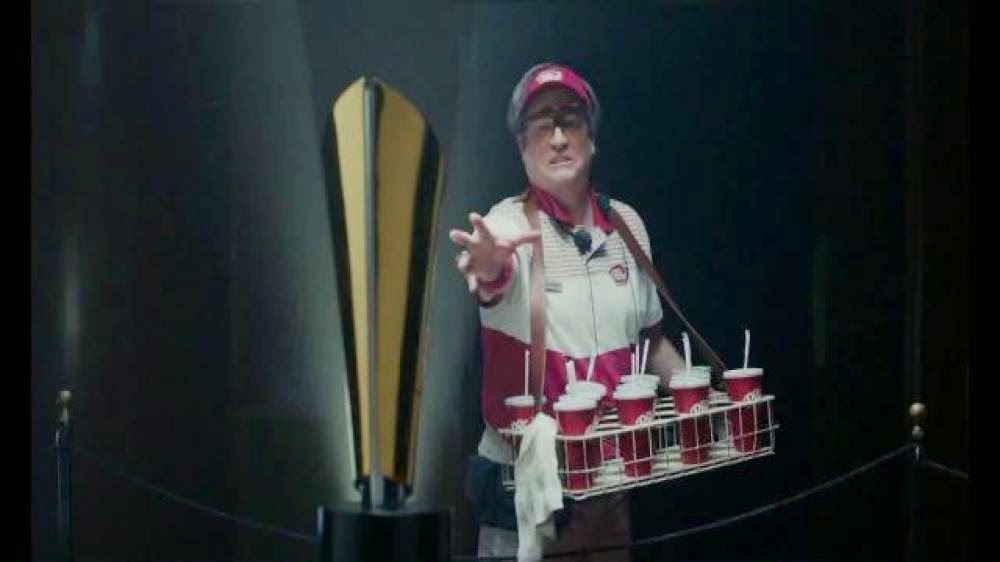 Yep, Larry Culpepper (a fictional character, I think) who thinks the college playoffs are just dandy. Care to meet him? Probably not, but that's what the sponsors of this travesty actually think of YOU Mr. ESPN watching, sports radio listening football fan - YOU, the guy who pleaded and begged for a college football playoff schedule. Well, you got your wish sucker - Happy New Year and enjoy the commercials.