August 02, 2013
While most of America toils away in the fallow vineyard of Americas economy our President takes his escape to THE VINEYARD of the 1% (make that the .1%) for rest and relaxation. Say what you will about George W. Bush, but one of the best things about his Presidency was watching the reports from a disgruntled White House press pool broadcast from Crawford, TX every August - they were priceless. But President Trayvon knows how to play the game and keep the lapdogs happy and one way, tried and tested, is to take them on boondoggles to exotic locations on the company dime. Hence, his annual summer retreat to Massachusetts and the very BLUE waters of the North East Coast. 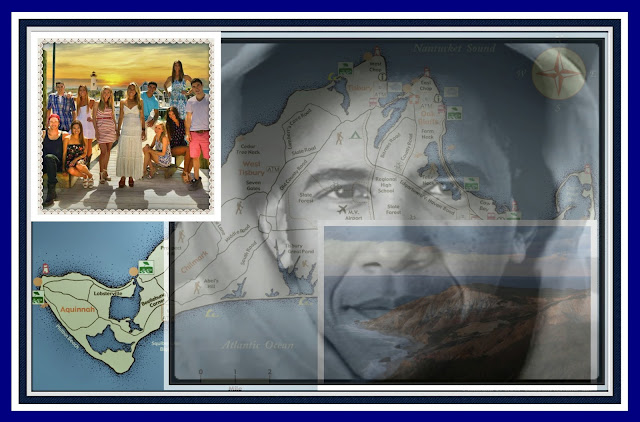 Each summer enclave has it's own unique character - some more unique than others. A full accounting of each spot would require me to write a small pamphlet but in short:

Think I'm being unfair or too judgmental then check out this video interview (HuffPo naturally) about the new ABC/Disney "family" channel and consider the hilarity if the Obama's actually vacationed WITH the cast of "The Vineyard". This Presidential vacation truly captures the spirit of the age and it's a shame that it can't be documented ABC style for all to see.