August 03, 2013
Aside from the Welcome to Florida sign on I-95 South, this takes my prize for the most ominous signage to those traveling the interstate North. Yes, I know there are more dangerous interchanges on the power corridor and many miles of frustrating stop n' go traffic from Miami to Canada, but until you've spent an hour or two on a sweltering Friday afternoon in July looking at this sign its significance probably has never pierced your consciousness. This is the spot on the map where New York City ends and New England begins - where Connecticut's impenetrable ganglia of cow paths is bisected by an eight lane river of black tar. To the west of I-91 pin stripes, to the east red sox. Here one can sit for hours (and I have) contemplating what's east and west of 91. 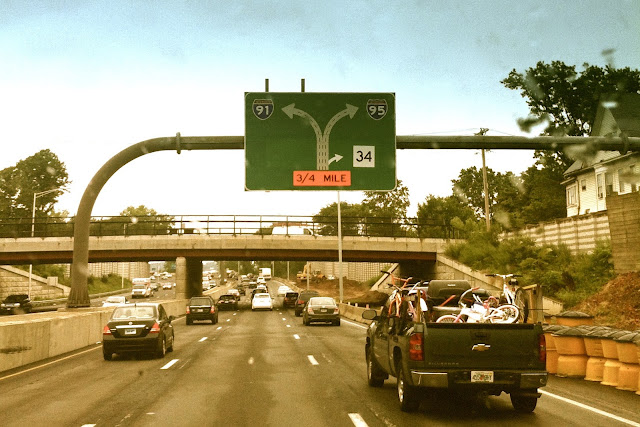