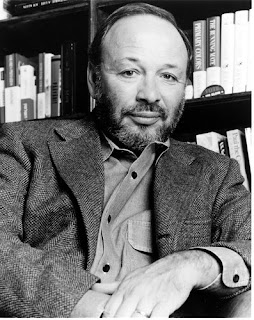 It goes without saying that Joe Biden is a Clown of epic proportions. As has been mentioned previously in this blog he is the Dwight Schrute of the Senate with an absolute gift for making a fool of himself, which to no ones surprise he did again today by saying “it's time [for the well-off] to be patriotic"by paying higher taxes.

But the clown of the day is Joe Klein who puts forward these words of wisdom on the Time Magazine blog called Swampland.
And Biden's right: in a system of progressive taxation, it is the patriotic duty of the wealthy to pay more than the middle class or the poor...and furthermore, since we're all going to be paying for the mess the Wall Street sharks made, I'd go Biden a step further: there probably should be a confiscatory shark tax for any and all executives whose companies have gone belly up and required a federal bailout.

This is the heart of the sickness that bleeds this country and causes such conflict between Red and Blue America.
A. The "wealthy" already do pay more than the middle class or poor - a lot more. In fact, if we bring patriotism into the equation and claim that paying taxes is a qualifier for love of country then why not impose taxes on those low to medium income earners who currently pay NOTHING.
B. Not only are we going to increase the tax burden on those who already pay the lions share of all taxes, but Klein suggest "cherry picking" certain individuals and imposing confiscatory taxes to offset the federal bailout of "poorly managed" financial institutions.

Using the IRS as a blunt tool to punish those who Joe Klein finds unsavory or criminal because they or, more specifically, their companies got sucked down the drain in a market melt down and credit crunch that was in many respects beyond their control. In fact, much of the turmoil that I see in the markets is, it seems to me, the result of bad lending practices encouraged by the private/public entities - Fanny Mae and Freddy Mac. And the culprit was not the private side of these "businesses" but rather the public side. Now Joe Klein want "wealthy" Americans to give even more of their money to the Government - talk about rewarding the bad guys.

Webster's defines Patriotism thus: love for or devotion to one's country.
It says nothing about paying taxes, and it never will, because taxes are what's required to run an effective civil government, but have little to do with love of country. The two Joe's have it exactly wrong - Patriotic American love the country and put up with the Government, in part by paying some of their hard earned money for safety and infrastructure. For Biden and Klein the Government is everything - it's what gives their lives meaning, but most Americans have a broader view of the world.