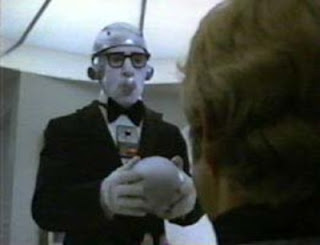 "My brain...that's my second favorite organ!"