Saddam - Clown of the Year 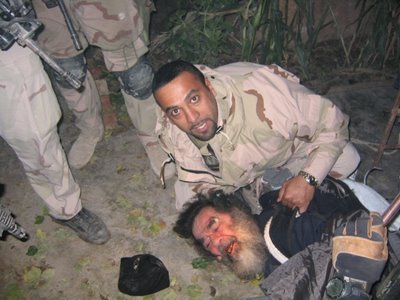 Do you think that when Saddam plotted to assassinate then President George H. W. Bush in April of 1993 that he had any idea what it would cost him? How could he have even imagined that 7 years later the son of his nemesis would be elected President and would bring the full force of the US Armed Services into direct action against him. Saddam lost his country, his palaces, his two son's (extinguishing his line) and now his life. God Bless America and God Bless George W. Bush who did not turn the other cheek in this instance, but hounded this beast down to a hole in the ground and then pulled him out and killed him. That's justice - Texas style - and Iran and Syria had best get with the program or they'll find themselves in the same spot.