The Journal cancels it's subscription to the Times 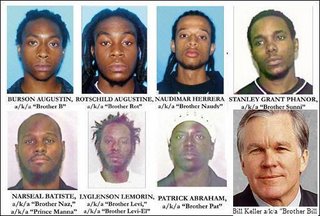 The Traitors have finally been stung - by their peers.
And in reading this article it looks like this one really hurt. I can only hope that it brings about the total collapse of the New York Times.

Cutting to the chase - what drives the boys on 42nd Street mad is this section of the WSJ editorial:
"The problem with the Times is that millions of Americans no longer believe that its editors would make those calculations in anything close to good faith. We certainly don't. On issue after issue, it has become clear that the Times believes the U.S. is not really at war, and in any case the Bush Administration lacks the legitimacy to wage it."

How true! Count me among those millions. But the Times couldn't care less what I think - they proved that with the patronizing card they sent to me when I canceled my subscription (along with a promise to never buy the paper again) in the fall on 1994. But the fact that the WSJ just sent a public letter cancelling their subscription has the crushed the false pride of the publisher and editor of this treacherous institution.

Why does it hurt sooooooo bad. Here's another quote from the Journal's editorial:
"We suspect that the Times has tried to use the Journal as its political heatshield precisely because it knows our editors have more credibility on these matters."

The Publisher and the Editor of the Times are wrong - consistently wrong. They should be fired - perhaps new management could revive this one decent publication.