June 15, 2005
Back in the days when New York City suffered under the rule of David Dinkins - the mayor made a trip to Africa and famously said "I'm home."

Now Oprah! has "told South Africans she felt "at home" in the country."
Also, check out this beauty...
"I'm crazy about the South African accent," she said. "I wish I had been born here."

She would rather have been born a Zulu in South Africa than Oprah! in the good old USA where, by the way, she has also managed to become one of the wealthiest people on planet earth. I'm totally mystified by this kind of thinking (or whatever you call it). 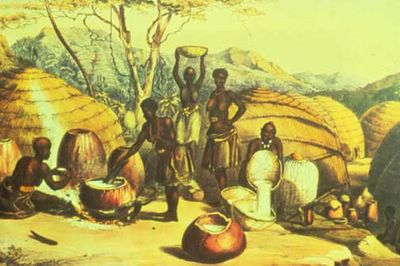