February 24, 2005
You know, as a person who grew up in the afterbirth of the 60s counterculture I have heard it all. There is no political, philosophical or artistic argument or POV that has not crossed my reader in the last 30 years of consciousness, but having to listen to people like Ward Churchill does give me pause. Check out these ravings from Satya magazine and see what you think of this kook. Having lived in Boulder CO for some part of my life I am familiar with his world view, but it is really only places like Boulder that these "ideas" can take root and grow. These college towns - Berkeley, Amherst, Chapel Hill and others foster a kind of "progressive" that is about as relevant to American society as the Amish people who live in a different closed society - but no less closed. But why is he on the Clown Bell Blog? Because it turns out they guy is not really an Indian (Native American as they are now called) as he has claimed to be - he's a big fat faker. 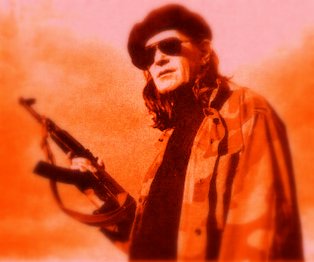