Notes on a talk by Christo and Jeanne-Claude

February 18, 2005
Last night I heard Christo and Jeanne-Claude give a talk to a smallish group of art enthusiasts in NYC. I learned something about them and their art and here are my observations. 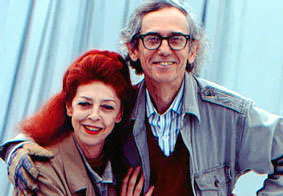 Clowns? Yes, I think so and with an insane clown posse.