December 14, 2004
I don't know all of the crimes Scott Peterson is guilty of but one of them is taking up too much space/time in the national consciousness. For the love of God, end this madness. Send him to prison and let's not speak his name again in this Century.
He's also guilty of dying his hair and growing a trendy beard while wearing a polo shirt at the same time - Verdict: DEATH 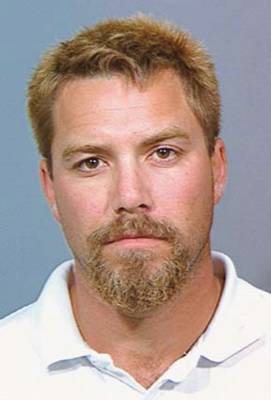 He dyed so he must die!